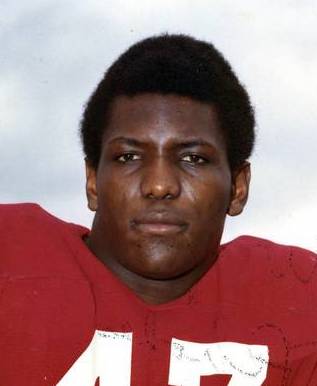 He became a high school star at Central-Phenix City High School. He lettered four years at linebacker for the University of Alabama and was named All-SEC and All-American for three years (1973-1975). He led the Crimson Tide in tackles, was captain of the team, and was voted to the All-Decade Team during a dominant period for Alabama football. He played on the 1973 National Championship team. He played in two Sugar Bowls, one Orange Bowl, one Cotton Bowl and the Senior Bowl. Drafted in the fifth round by San Diego, he had an 11-year career with the Chargers. He played in 164 out of a possible 180 games, starting in 163 at outside linebacker, more than any Charger defender in history. He was the team captain, gaining All-AFC honors by UPI and was a Pro Bowl pick in 1981. He was elected to the Chargers 40th Anniversary All-Time Team in 2000.