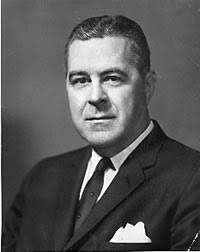 Walter Gilbert was named All-American at center for Auburn University in 1935 and 1936 and All-SEC in 1934, 1935 and 1936. Also excelling at the linebacker position, he was named team captain in 1936. That season he played for the entire game six consecutive times. In the game against LSU, he accounted for half the team’s tackles and two interceptions. Gilbert served in the Army during World War II and then worked for Texaco where he was in charge of international marketing in Europe. In 1956, he was elected to the College Football Hall of Fame.