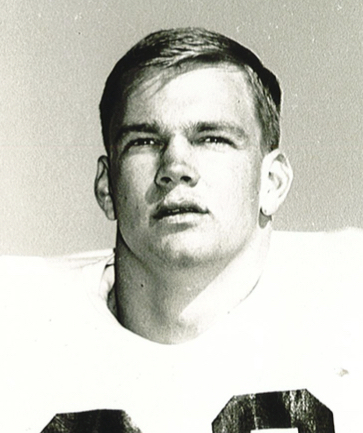 Coach Jordan called “Tucker” Frederickson the most complete football player he ever coached. He was one of Auburn’s great two-way players. He was a fullback who won the coveted Jacobs Blocking Trophy as the SEC’s best blocker in 1964. The same year he was a consensus All-American at defensive safety. He was voted as the SEC MVP and selected to the All-SEC Team in 1964. He was the first player selected in the 1965 NFL Draft by the New York Giants. He was selected for the Pro Bowl his rookie season. Tragically, knee surgery cut his career short. In 1994 he was inducted into the College Football Hall of Fame.