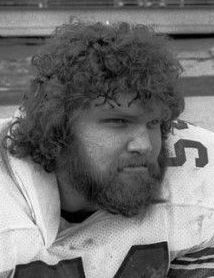 Banks was a high school All-American in 1965 and represented Alabama in the Junior Olympics. At Auburn University he was a First Team All-SEC center as sophomore, First Team All-SEC 1968, First Team All-SEC center 1969 and Auburn co-captain, and Third Team All-American 1969. He played in the 1970 Senior Bowl in and was drafted in the eighth round by St. Louis. He played 11 seasons with the Cardinals, where he was All-Pro from 1975-78. First player signed by the Birmingham Stallions. Played every snap with the Stallions in 1983. He was hired by Rollie Dotsch to coach the offensive line in 1984.