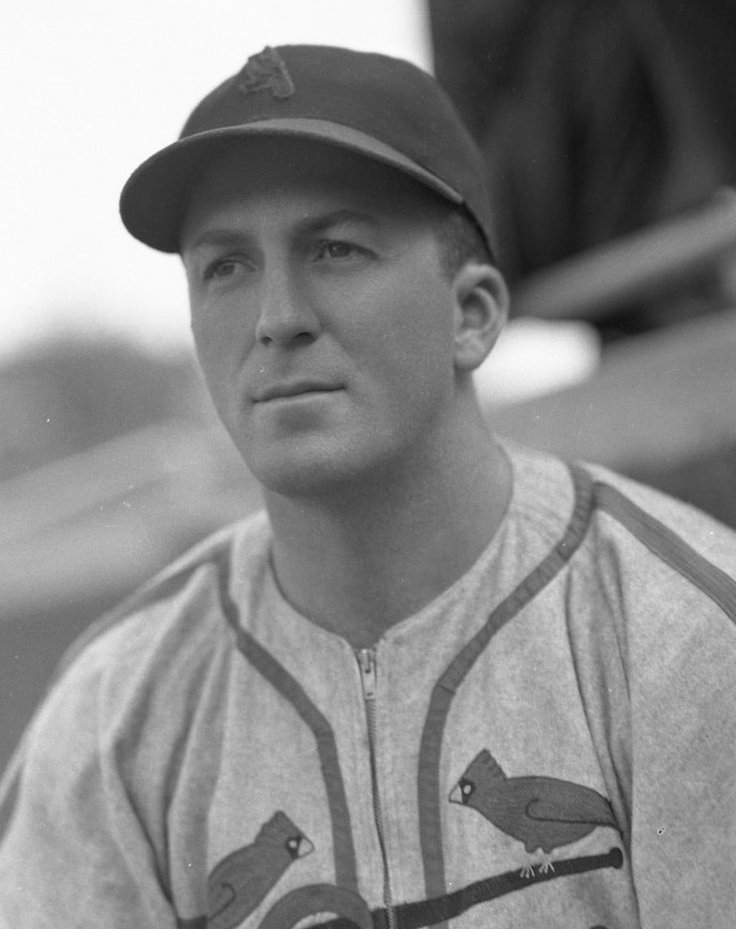 Moore was captain of the great St. Louis Cardinals teams of the late 1930s and early 1940s. He had a lifetime batting average of .280 and a .985 fielding percentage. Recognized by such players as Stan Musial and Enos Slaughter as the “club’s inspiration”, he was the glue that held the Cardinals together during their world championship seasons of 1942 and 1946. He once tied a major league record when he hit six-for-six in a game against the Boston Braves. He played in two World Series and was chosen for four All-Star games. After his playing days, he coached the Cardinals and the Phillies.