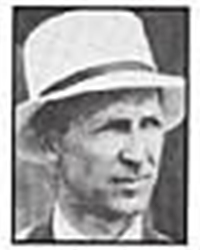 “Tackhole” Lee enlisted in the U.S. Army in 1917. He earned the name “Tackhole” for his ability to drive a tack into a board with a rifle shot from 30 feet. Following his military service, he moved to Birmingham and established himself as the “World’s Greatest All-Round Shot.” As a competitive marksman, he set more than 28 world records and won over 900 trophies. In 1913, he shot the world rifle record 1999×2000 and later scored a perfect 2000×2000. His lifetime ATA average was 96% and he was never beaten in his standing offer of $15,000 to any man who could beat him in a combined rifle, pistol and shotgun competition. He also founded the T.K. Lee Co. in Birmingham which created the Lee Dot gunsight and Lee Tomic shell.