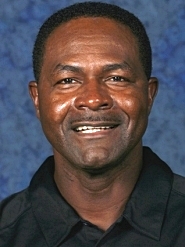 Known to basketball fans in Alabama as T.R., he grew up on Birmingham’s west side and led West End High School to the 1972 state basketball championship his junior year, earning MVP honors. He went on to star at the University of Alabama, where he earned a special place in Alabama basketball history. Although he never led the Tide in scoring, rebounding or assists, he was the unquestioned leader long before being elected captain his junior year in 1976. A four-year letterman from 1974-77 at Alabama, he started 105 consecutive games. He went on to the NBA when the Portland Trailblazers drafted him in the second round in 1977. He was named to the NBA All-Defensive team for three straight seasons.