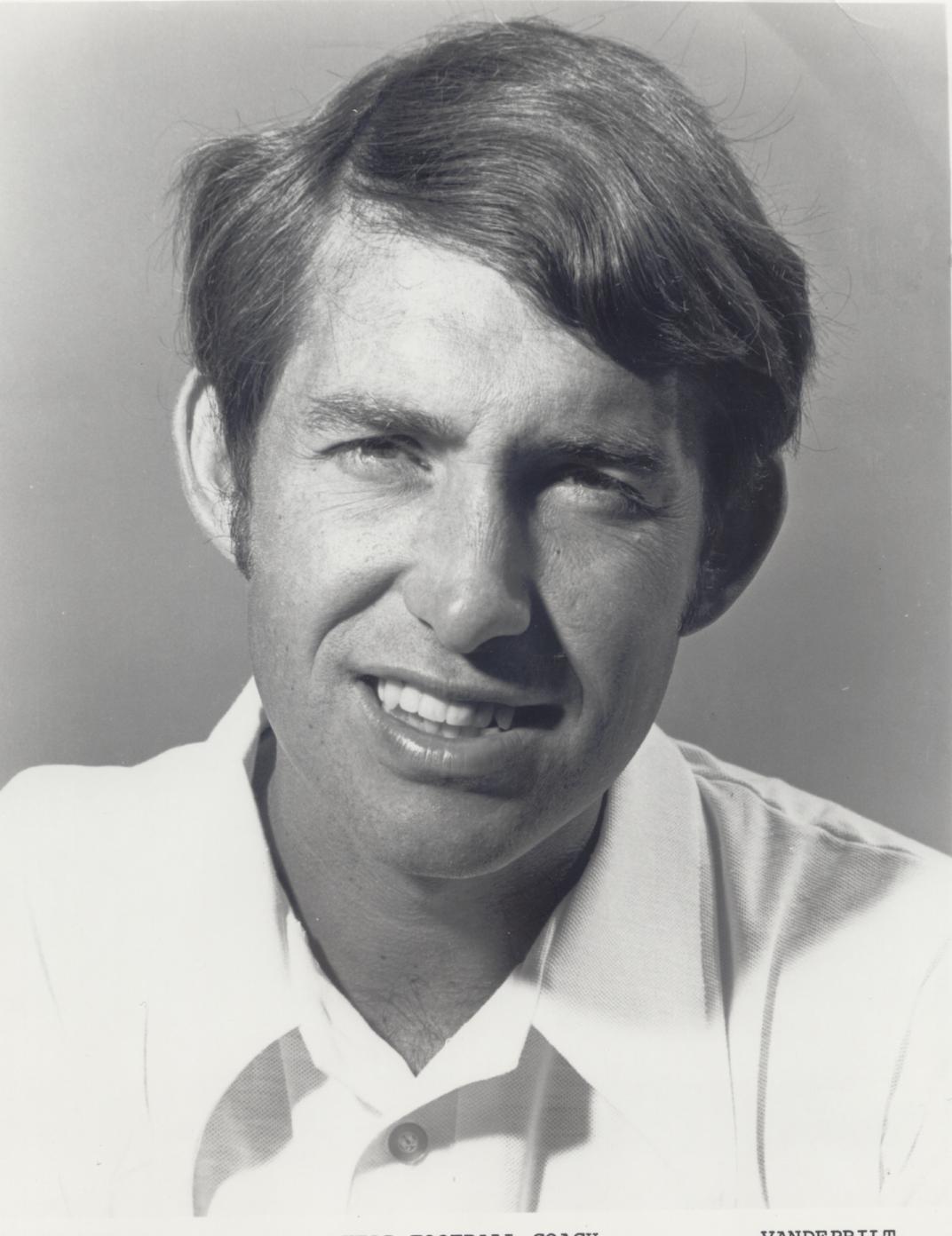 Steve Sloan played quarterback at the University of Alabama where he was an All-American and two-time National Champion. In 1965, he earned SEC MVP honors. In 1966, he won the Sammy Baugh Trophy as the best college quarterback. His first head-coaching position was with Vanderbilt University (1973-1974) where he earned SEC Coach of the Year honors in his second year. He then became head coach at Texas Tech (1974-1977) and was named Southwest Conference Coach of the Year in 1976. He has served as athletic director at four schools: Alabama, North Texas, Central Florida, and the University of Tennessee at Chattanooga.