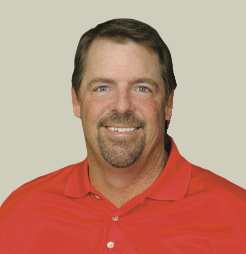 Steve Lowery accepted a golf scholarship to the University of Alabama, where he played for legendary Coach Conrad Rehling. In 1982 and 1983, he was the SEC Player of the Year and named All-American. In 1981, he became the first player in the history of Alabama golf to win both the State Open and State Amateur in the same year. He turned professional and in 1992 he won the Ben Hogan Tulsa Open on the Ben Hogan Tour. On the PGA Tour he has won three times all in the playoffs. In February of 2008, he won the Pebble Beach National PRO-AM. He defeated Vijay Singh in a one-hole playoff by making a seven-foot birdie putt. His two other victories came at the 1994 Sprint International and the 2000 Southern Farm Bureau Classic.