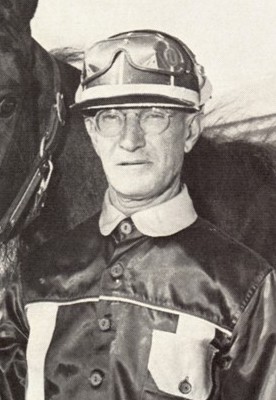 Sanders Russell graduated from Jackson County High School and played baseball and tennis at Auburn University. He began harness racing while still in school and won his first race in 1915. The U.S. Trotting Association official records credit him with 1,116 first place finishes, 531 second place finishes, and 503 third place finishes. He won more than 20 major stakes and set world records in 1946 and 1955. In 1962, at age 62 he was recovering from a broken leg when he won the famed Hambletonian with A.C. Viking.