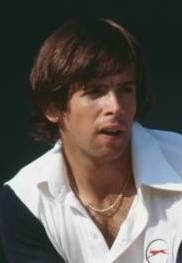 Raised in Mountain Brook, Alabama. One of the best tennis players Alabama has ever produced. He attended Mountain Brook High School and was a three-time high school singles champion. In 1971, he was ranked second nationally in the Boys 18 Singles Division. In 1972, he won the National Junior Singles Championship and was ranked number one nationally in singles and doubles. At Stanford University, he was an All-American for 4 years, and in 1973 and 1974, Stanford won the NCAA National Championship. As a professional, he was a semi-finalist at Wimbledon and quarter-finalist in the U.S. Open. From 1979 to 1981, he was ranked between 12th and 20th in the world.