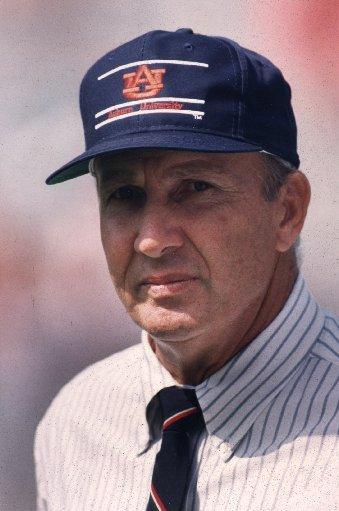 Pat Dye was an All-American guard at the University of Georgia and was also named an Academic All-American. Following an Army tour of duty, he played two years in the Canadian Football League. In 1965, he joined the coaching staff of Paul “Bear” Bryant at the University of Alabama where, during the next nine years, he was part of two national championships. After head coaching stops at East Carolina and Wyoming, he was named the head coach at Auburn University in 1981. During the 1980s, he established one of the premier programs in the country, winning or sharing four SEC titles with an 81-25 record. He retired from coaching at the end of the 1992 season.