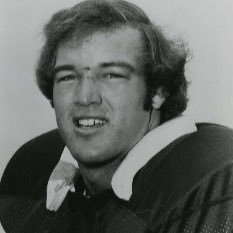 Marty Lyons played collegiately at the University of Alabama where he led the team in tackles in 1978 with 119. He was named All-American his senior year and elected co-captain of the National Championship Team in 1978. During his four years at Alabama, they won three SEC Titles and one national championship. He was named Defensive Player of the Decade for the 1970s at Alabama and elected to the Alabama Team of the Century. A first-round pick in the 1979 NFL Draft by the New York Jets, he played 12 years for the team at both defensive tackle and defensive end. He was a key member of the defense known as the “New York Sack Exchange” which led the league in quarterback sacks in 1981. He was selected as a Pro Bowl alternate in 1982 and 1983. He served as one of the Jets defensive team captains in 1988. In 1982, he established the Marty Lyons Foundation to improve the quality of life for terminally ill children. Because of his philanthropy, he has received the National Football League Man of the Year, United Way Lifetime Achievement Award, and Ernie Davis Humanitarian Award among others.