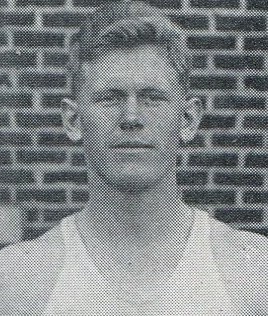 He was the University of Alabama’s first All-American basketball player, and he gained that status without ever having played the game until he was a college freshman in 1927. He came to Alabama to play football and was on the Rose Bowl team in 1931, but basketball turned out to be his game. Urged by Coach Hank Crisp, he went out for the team and became its starting center as a sophomore. One season later as a junior, Hood led Alabama to the conference championship and the only undefeated season ever. For almost half a century, he remained the only UA basketball player to be named All-American.