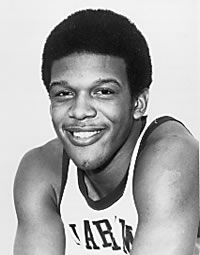 Douglas was named the most valuable high school basketball player in the State of Alabama and High School All-American in 1972. He signed with the University of Alabama and played on three conference championship teams from 1974 to 1976. For the 1975-76 season, he was named Alabama Sports Writers Amateur Athlete of the Year, All-SEC, All-American, and voted the SEC Most Valuable Player. He was a first-round draft pick of the Detroit Pistons in 1976, making him the first Alabama player to be drafted in the first round. In 1980, he went to the Kansas City Kings, and in 1983 he played basketball overseas. Until 1990, he played in Italy and France. He has coached at Stillman, Tuskegee, and Mile College.