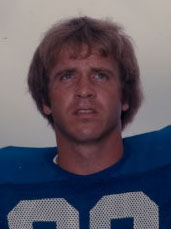 Willingham played collegiately at Auburn as a defensive back, earning first-team All-SEC honors and consensus All-American honors in 1970. He intercepted 11 passes in his career including seven in 1969. A spectacular return specialist as well, his first collegiate punt return was for 70 yards. He was named a member of Auburn’s 1970s Team of the Decade. He played for the St. Louis Cardinals in the NFL from 1971-1972 as a defensive back. He retired in 1973 due to injury. He came out of retirement in 1974 to play for the World Bowl Champion Birmingham Americans and the Birmingham Vulcans in 1975. He returned to the Cardinals in 1975 and retired in 1976. He was inducted into Auburn’s Tiger Trail in 2002.