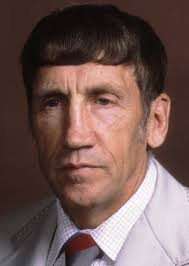 Donahue was an assistant football coach for 38 years. He had coaching stints at Memphis, Tennessee, Mississippi State, and Alabama. He was named Working Coach of the Year in the SEC twice (1975 at Alabama and 1985 at Tennessee). In 1985 the Football News named him Best Assistant Coach in the nation. For 21 years, he served as assistant head coach and defensive coordinator at Alabama. Alabama won 12 SEC titles and five national championships during his tenure.