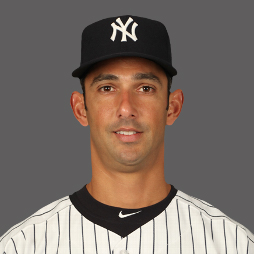 Posada played collegiately at Calhoun Community College in Decatur, Alabama, where he was selected as co-captain and named to the All-Conference Team in 1991. He was drafted in the 24th Round of the 1990 Major League Baseball Draft by the New York Yankees. He played 17 seasons, all with the Yankees. He was a five-time American League All-Star. He was also a five-time Silver Slugger Award Winner. The Yankees won five World Series during his career. He is only the fifth Major League catcher with at least 1,500 hits, 350 doubles, 275 home runs, and 1,000 RBIs in a career. From 2000 to 2011, he compiled more RBIs and home runs than any other catcher in baseball. He is the only Major League catcher to ever bat .330 or better with 40 doubles, 20 home runs, and 90 RBIs in a single season.