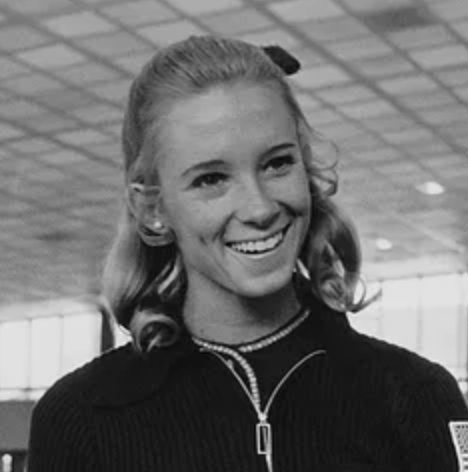 JoJo Starbuck and her childhood ice-skating partner Ken Shelley became the youngest pairs team America had ever sent to the Olympic Games (1968). That was followed by victories as the U.S. National Pairs Champions in 1970, 1971 and 1972. They were the first Americans to break the Soviet domination in the pairs event by winning the Bronze Medal at the World Championships in 1971 and 1972. In 1994, she and Shelley were inducted into the U.S. Figure Skating Hall of Fame. She turned professional in 1972, starring in “Ice Capades” for four years.