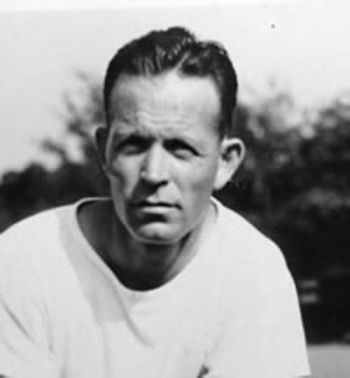 Joe Kilgrow was an outstanding athlete at Sidney Lanier High School. He enrolled at the University of Alabama in 1934 and played in every football game from 1935 through 1937. He played the full 60 minutes in several regular season games, as he did in the Rose Bowl against California. During this time, Alabama’s record was 23-3-2. He played halfback, did most of the punting and passing, and played safety on defense. He earned All-SEC, All-American, and finished fifth in the Heisman Trophy voting. He played two years of baseball at Alabama and later coached at Mercer and at Alabama.