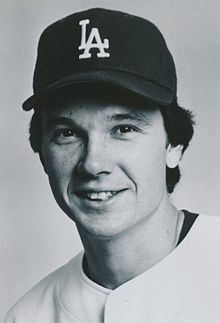 Joe Beckwith played collegiately at Auburn where he was an All-SEC pitcher from 1976-77. At that time, he set the all-time career mark for wins at Auburn, and in the SEC, with 31. He is first on the Auburn single season shutouts list with three and first in career shutouts with six. He holds the record for single season complete games with 10 and for a career with 20. He pitched a no-hitter versus the University of Houston to start the 1976 season. That same season, he played in the College World Series and was named MVP of the South Region Playoffs. In 1977, he was named to the American Baseball Coaches Association All-South Region Team. He played six years with the Dodgers and then two years with the Kansas City Royals. He was a member of two World Series championship teams. He was inducted into the Tiger Trail of Auburn.