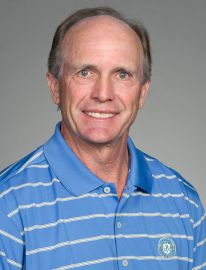 He moved to Anniston, Alabama in 1954 then to Pensacola, Florida in 1967. He received a golf scholarship to the University of Alabama where he played for four years, was captain of the team and became a First Team All-American. In 1974, he was the Florida Amateur Champion, the U.S. Amateur Champion, and was on the World Amateur Cup Team. In 1975, he was on the Walker Cup Team and was the low Amateur at the U.S. Open. As a first-year pro he won the 1976 U.S. Open. That year he also won the Canadian Open, the Japan Masters, and was co-player of the year with Jack Nicklaus. In 1977, he won the Phoenix Open and the Southern Open. In 1981, he won the Memphis Open, the Pensacola Open, and was on the winning Ryder Cup Team. In 1982, he won the Players Championship.