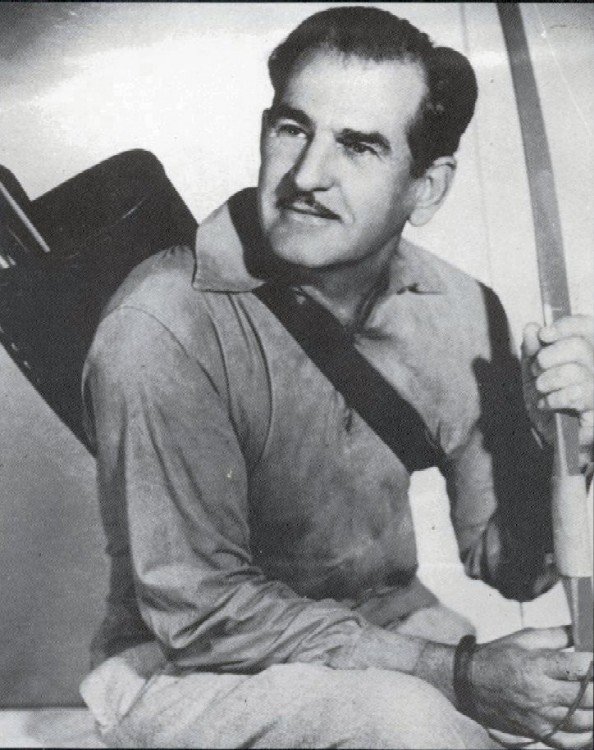 Howard Hill played baseball, basketball and football at Auburn University; teaching archery lessons to pay for tuition. He moved to Florida in 1922 where he pursued a semi-pro baseball career and competed in archery competitions. Hill soon made a name for himself as an archer, winning 196 consecutive field archery tournaments between 1926 and 1942. In 1942, he won the International Field Meet. As the “World’s Greatest Archer,” many Hollywood production companies hired him to perform bow-and-arrow stunts in movies such as The Adventures of Robin Hood. He was also a prolific bow hunter, killing over 2000 animals across 12 countries. Most notably, he was the first man to kill an African bull elephant with a bow-and-arrow. He was inducted into the Helms Hall of Fame and Archery Hall of Fame.