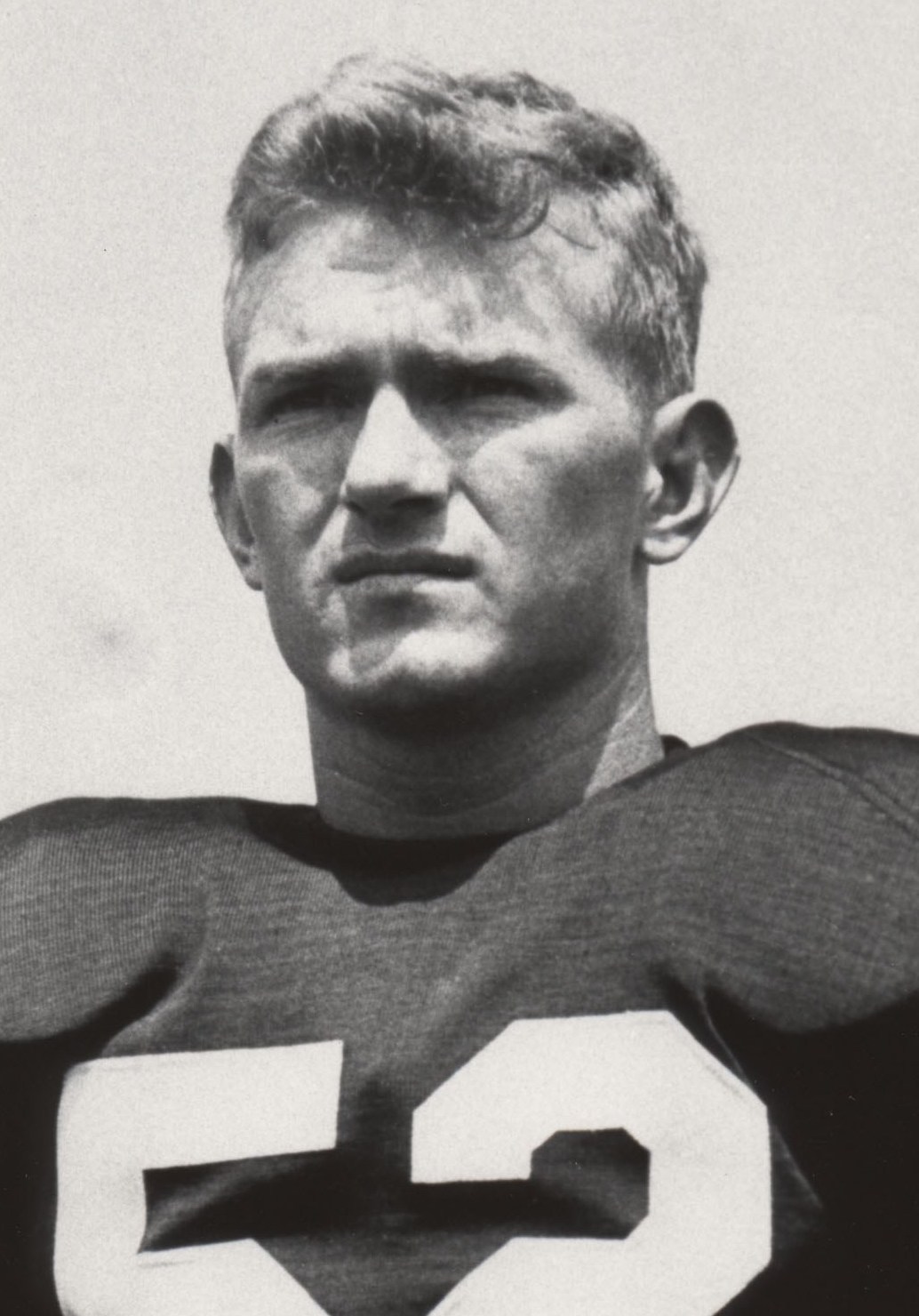 Harry Gilmer earned All-American honors as a triple-threat player for the University of Alabama football team. In his four years, he completed 230 of 438 passes for a total of 3,108 yards and 32 touchdowns; he also scored 25 rushing touchdowns. In 1945, he was named All-SEC, All-American, and SEC Player of the Year. He electrified the nation with his jump passing and led the Crimson Tide to three bowl games, including victory in the 1946 Rose Bowl where he was named MVP. In the 1948 NFL Draft, Gilmer was drafted by the Redskins with the first overall pick. During his professional career he played quarterback for the Washington Redskins and the Detroit Lions. After his playing career he served as head coach of the Detroit Lions from 1965-1966. He was inducted into the College Football Hall of Fame in 1993.