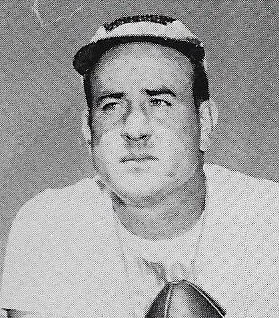 A football, basketball, and baseball standout at Decatur High School, he entered the University of Alabama in 1941. He was quarterback for the Crimson Tide in 1941-42 and 44-45 (no team in war year of 1943) and played in four major bowls: the Cotton, Orange, Sugar and Rose Bowl. One of Frank Thomas’ famous “war babies,” he ran for two touchdowns in the 34-14 Rose Bowl win over Southern California. He won the coveted Jacobs Blocking Award as the SEC’s best blocking back in 1945. He went on to coach two years at Athens High School where he had a record of 15-5. In 1949, he began restoring the football program at Florence State (now University of North Alabama) where he had a record of 110-81. Self was named UNA Athletics Director in 1969 and later was a member of the faculty until his retirement.