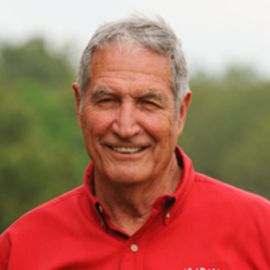 He played football for Coach Paul “Bear” Bryant at Texas A&M University. One year after graduation he followed Coach Bryant to the University of Alabama to become an assistant football coach. While at Alabama (1958-64), the Tide went 60-11-5 and won two SEC Championships and two National Championships. He coached the secondary for six years before being appointed assistant head coach in charge of defense. After coaching jobs at Texas A&M, the Dallas Cowboys and the St. Louis Cardinals, he returned to Alabama on June 11, 1990 as head football coach. In 1992, he won an SEC Championship and a National Championship. He finished his career at Alabama in 1996 with a record of 70-16-1.