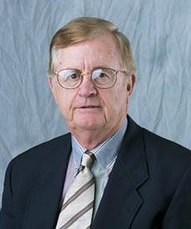 Bartow was the founder of the athletics program at the University of Alabama at Birmingham. He also coached the UAB men’s basketball team from 1978-1996. He started the UAB athletics program in 1977 and as head basketball coach, led the Blazers to seven consecutive NCAA Tournaments from 1981-87, two NCAA Regionals, the Elite Eight in 1982, and averaged over 20 wins per season during this time. He coached at Central Missouri, Valparaiso, Memphis State, Illinois and UCLA before ending his coaching career at UAB with 647 wins over 36 years. He was the 1973 Coach of the Year, a three-time Sun Belt Conference Coach of the Year, and a three-time NABC District Coach of the Year. He retired as UAB Athletics Director in 2000 and was inducted into the National Collegiate Basketball Hall of Fame in 2009.