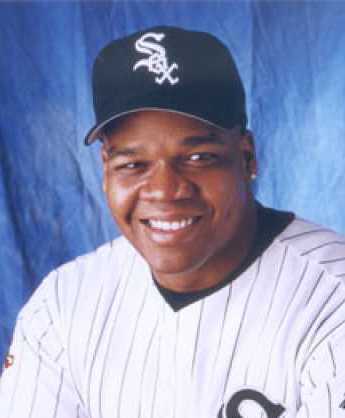 Thomas played collegiately at Auburn University. He finished his career at Auburn with 49 home runs, a school record at the time. He was named the MVP of the SEC. He played in the major leagues over 18 seasons for three different teams (Chicago White Sox, Oakland Athletics, and Toronto Blue Jays). He was selected to play in the All-Star Game five consecutive years (1993-1997). He won the American League Most Valuable Player Award for two consecutive years (1993 & 1994). He is one of four major league players to have at least a .300 batting average, 500 home runs, 1,500 RBIs, 1,000 runs, and 1,500 walks in a career. He is one of only three first basemen in history to win consecutive MVP Awards.