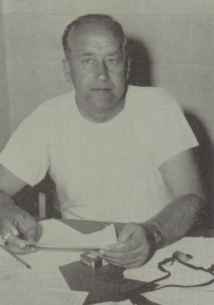 Was a part high school athletics in Alabama for 47 years. In 1932, Kendall took on his first coaching assignments for two years at Pell City High School; then for four years he was at Tuscaloosa County High. The next 20 years Coach Kendall was at Tuscaloosa City High School. In football, his record was 112-53-15. He had five undefeated seasons and had two winning streaks of 28 and 19 games. In track and field, he coached two state championship teams and was runner-up four times.