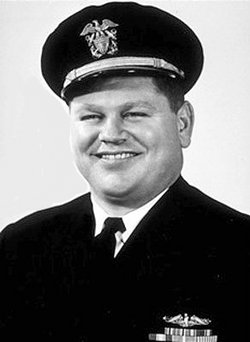 He graduated from Decatur High School in 1940. He was an All-American tackle at the University of Alabama in 1943 and voted to the All-Time SEC Team in 1968. He transferred to the U.S. Naval Academy where he was an All-American in 1944 and was awarded the Knute Rockne Trophy as outstanding lineman in the United States that year. He is one of a handful of college football players to be named as an All-American at two different schools. He was inducted into the College Football Hall of Fame in 1956. He pursued a career in the Navy and eventually reached the rank of rear admiral.