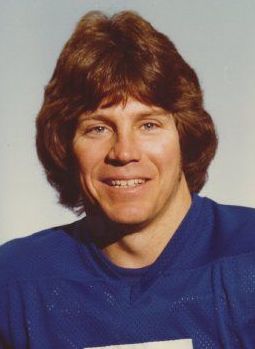 Dieter Brock signed with Auburn University first, but in 1972 moved to Jacksonville State where he led them to winning seasons of 7-3 and 7-2; setting a number of passing records. For nine and a half years, Brock played quarterback for Winnipeg and Hamilton in the Canadian Football League where he was twice its Most Valuable Player, finishing with 34,830 yards, 2,602 completions and 210 touchdowns. At Hamilton, he led the Tiger Cats to the Grey Cup championship game. In 1985, he moved to Los Angeles and led the Rams to a 12-5 record and NFL Playoff berth.