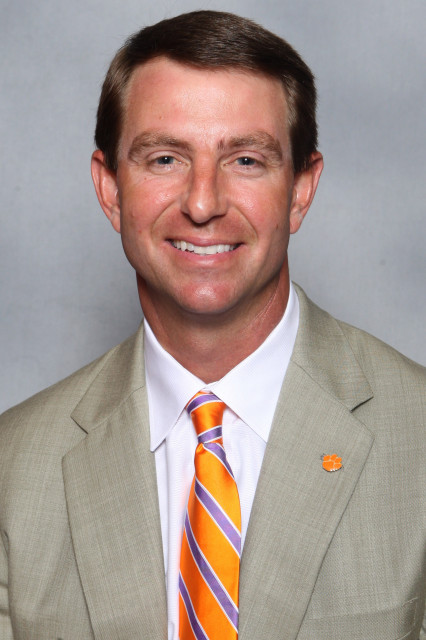 Dabo Swinney attended the University of Alabama, where he joined the Crimson Tide football program as a walk-on wide receiver in 1989. He earned a scholarship and lettered on three teams including the Crimson Tide’s 1992 National Championship Team. During his time as an undergraduate at Alabama, Swinney was twice named an Academic All-SEC and SEC Scholar-Athlete Honor Roll Member. After spending time as an assistant on Alabama and Clemson coaching staffs, Swinney took over as Head Coach for the Clemson Tigers midway through the 2008 season. Swinney has guided Clemson to 14 bowl appearances and nine bowl wins. In 2015, he led Clemson to the National Championship Game before winning the title in 2016 and 2018.