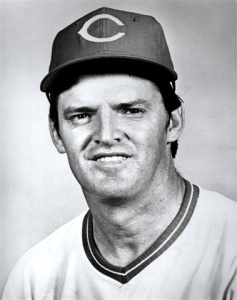 In May of 1961, Dixie Walker signed Carroll for $1,000. In the middle years of his stellar career, Carroll rated with Oakland’s Rollie Fingers as baseball’s premier relief pitcher. It was with the Big Red Machine in Cincinnati in the 1970s that he was most effective. One year he was 12-6, another 10-4. He started only 28 times in a career that also included stints with Milwaukee, Atlanta, St. Louis, Pittsburgh and the Chicago White Sox. In the end, Carroll won 96 games, losing 73, with an ERA of 2.94. He was in three World Series, and in 1975, was the winning pitcher for the Reds in the seventh game against Boston in Fenway Park. The Cincinnati Reds inducted Carroll in its Hall of Fame in 1979.