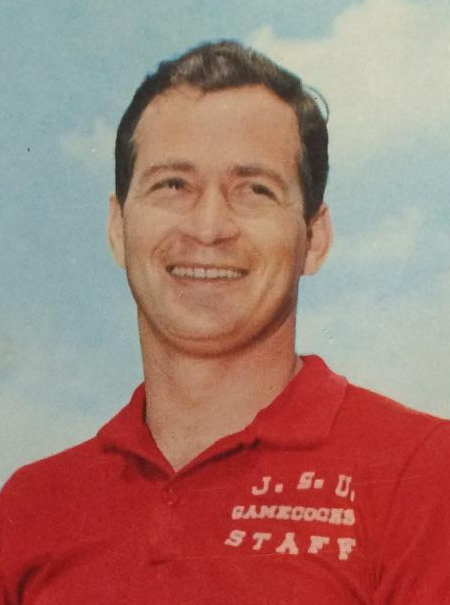 Charley Pell played collegiately at the University of Alabama and was a member of their 1961 National Championship team. He was an All-SEC guard and defensive tackle. He became the youngest head coach and athletic director in the country at Jacksonville State. He led the Gamecocks to the Gulf South Conference Championship in 1970. In 1976, he was named Defensive Coordinator at Clemson and the following year he was named head coach. In 1978, his Clemson Tigers went 10-1 and captured the ACC Championship. For two years in a row he was named ACC Coach of the Year (1977 & 1978). After the 1978 season he left Clemson to be the Head Football Coach at the University of Florida. His overall coaching record was 84-43-5 with a .636 winning percentage.