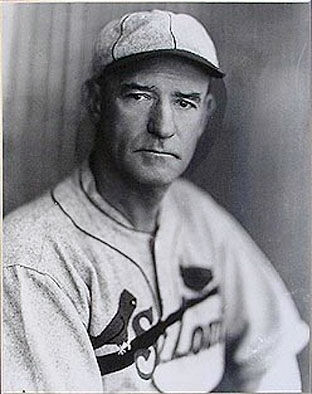 He joined professional baseball in 1900 and ended his active career in 1928. He was Walter Johnson’s catcher for four years at Washington and then caught one season for the Yankees. Earlier he had worked briefly for Boston and Cincinnati in the National League. He was a manager for 18 years with eight minor league teams and four major league teams. Known as “Gabby,” he was also a broadcaster for the St. Louis Cardinals.