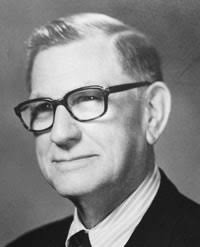 Foots Clement was a University of Alabama football stalwart from 1928-30, a period in which the team won 22 games and only lost 6. He captained, and played tackle, on the undefeated 1930 team which allowed only 13 points all season and defeated Washington 24-0 in the 1931 Rose Bowl. He was named to the All-Southern Conference team as well as the All-American team. He also participated in track and boxing and was an outstanding student. He served as Cadet Colonel of the University Regiment, business manager of UA’s yearbook (the Corolla), and president of the senior class.