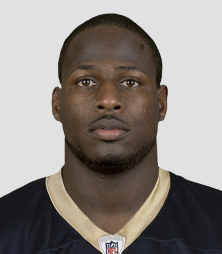 Williams played collegiately at Auburn University. He was an All-American and All-SEC running back (and All-SEC return specialist) for the Tigers helping lead them to the 2004 SEC Championship. He broke the all-time Auburn career records in two categories: most rushing attempts (741) and most touchdowns (45). He was the SEC Special Teams Player of the Year (2004). He was the 5th overall pick by the Tampa Bay Buccaneers in the 2005 NFL Draft. During his rookie season, he became the first player in NFL history to debut with three consecutive 100-yard performances. He was named by the Pro Football Writers Association as the NFL Rookie of the Year; and AP Offensive Rookie of the Year. He played six seasons with Tampa Bay and one season with the St. Louis Rams before retiring.