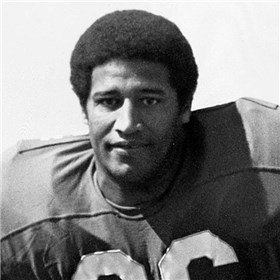 Buchanan attended A.H. Parker High School in Birmingham and went on to a standout career at Grambling State, where he became an All-American. He was the first overall draft choice in the AFL Draft by the Kansas City Chiefs where he played his entire 12-year career. He became an instant star in the league making the All-AFL team six consecutive years. In 1970, when the AFL and NFL merged, he became a star in the established league as well, and played in the Pro Bowl three times. He played in two Super Bowls, the first one ever played in 1967 losing to Green Bay, and in 1970 winning the championship as Kansas City beat Minnesota.