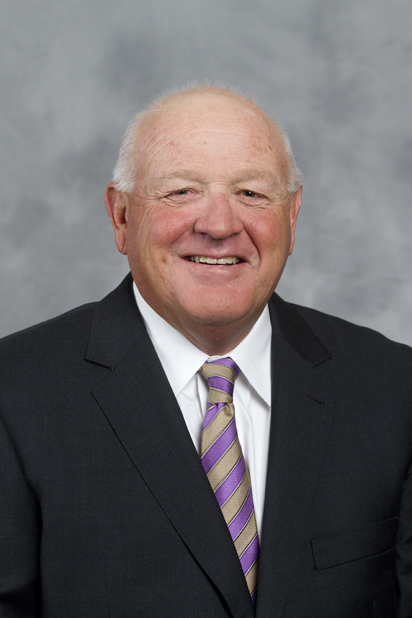 Wallace played collegiately at Mississippi State University where he was a three-year letterman. He coached defensive backs at Auburn University from 1981-84 and was a part of the 1983 SEC Championship team. In 1987, he was named head coach at the University of North Alabama. UNA became the first school in NCAA scholarship football history to win three straight national championships. From 1993-95, UNA had a 41-1 record, making them the first team in collegiate football history to win as many as 40 games in 3 seasons. Wallace was named NCAA Division II Football Coach of the Quarter Century (1973-97) and received the American Football Coaches Association award three times from 1993-95.