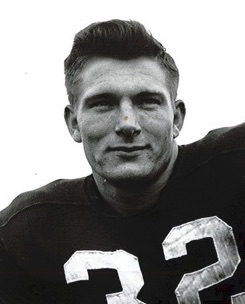 At the University of Alabama, Marlow was a spectacular running back that gained 2,560 yards over his career. He had 233 yards against Auburn in 1951. In 1952 he was an All-American and in 1953, first-round draft pick by the New York Giants. However, Bobby opted to go to the Canadian Football League where he was later named to the All-Time CFL team.