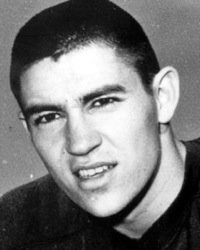 Johns played collegiately at the University of Alabama. He was a two-time All-American at defensive back in 1966 and 1967 and was a three-time All-SEC selection from 1965-67. He shares the Sugar Bowl record for most interceptions in one game with three. He was co-captain his senior year and was named to the Team of the Decade for the 1960s. The Most Improved Defensive Back Spring Award at Alabama is named in his honor. Drafted by the Kansas City Chiefs, he chose to pursue a 33-year coaching career capped off as Head Football Coach at the University of West Alabama from 1997-2000.