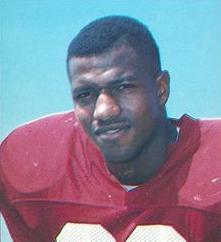 Humphrey played collegiately at the University of Alabama where he was twice named All-American and All-SEC. He is number one on Alabama’s all-time all-purpose yards list for a career with 4,958 yards and for a season with 2,016 yards. He has the highest average all-purpose yards per game for a season with 168 yards in 1986 and the highest average all-purpose yards per game for a career with 141.7. He was selected to Alabama’s All-Century Team and was chosen as Alabama’s Offensive Player of the Decade for the 1980s. He was drafted in the first round of the 1989 NFL Draft by the Denver Broncos. He was the first Bronco to record back-to-back 1,000-yard rushing seasons (1989-90) and was the first rookie in Denver’s history to run for 1,000 yards. He played in Super Bowl XXIV and was named to the Pro Bowl in 1990.