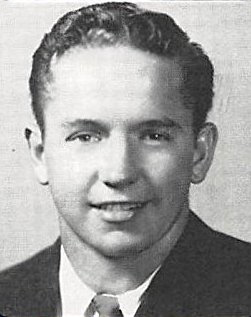 In 1934, as a walk-on, he earned a football letter on Shug Jordan’s freshman Auburn team and a scholarship the following year under Jack Meagher. He reached All-Star status in 1938 as captain. His teammates chose him as their most valuable player that year. He played pro football with the Washington Redskins in 1939 and 1940. He became associated with Massachusetts Mutual Life Insurance Company in Birmingham after serving in World War II. He coached Charlie Boswell in several golf tournaments.