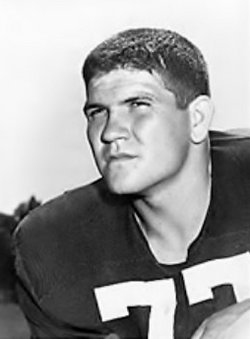 Neighbors played lineman at the University of Alabama. He was captain of the 1961 undefeated National Championship football team. He was selected as a consensus All-American and the most valuable lineman in the Senior Bowl that season. He played four years with the New England Patriots and four with the Miami Dolphins. He was All-Pro for two times. He was selected as an All-Star in 1963. He was inducted into the College Football Hall of Fame in 2003. One of the Crimson Tide’s spring awards was named in his honor “The Billy Neighbors Most Improved Defensive Lineman Award.”