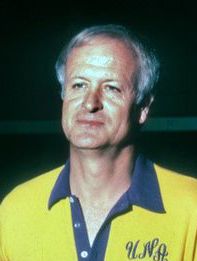 Bill Jones played collegiately at the University of North Alabama. In 1974 he became the Head Basketball coach at UNA and posted a 259-141 record which included the 1979 NCAA Division II National Championship. His squad was the first collegiate team from the State of Alabama to win a national championship in basketball. He was named both Gulf South Conference Coach of the Year and Kodak District Coach of the Year twice. He stepped down as Head Basketball Coach in 1988 to become the school’s first full-time athletic director with no coaching responsibilities. He retired on August 31, 1994 as Athletic Director.