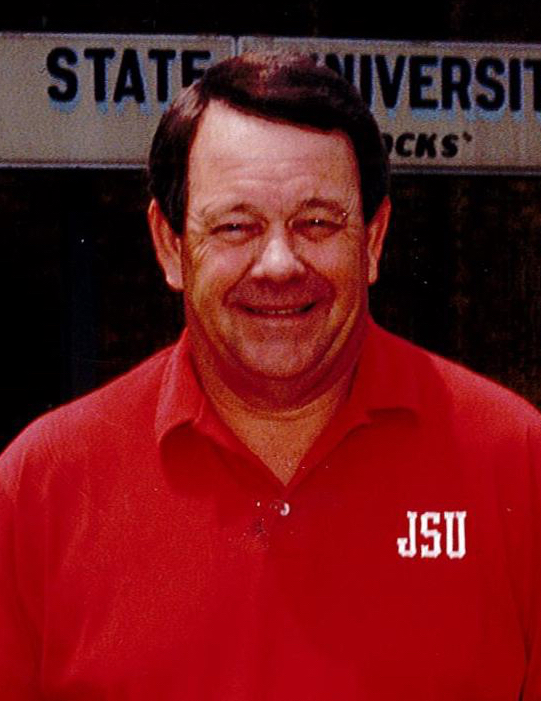 Bill Burgess was a letterman at fullback for Auburn University in 1961 and 1962. He began his coaching career as a football assistant at Banks High School before accepting the head coach position at Woodlawn High School in 1966. Following his time at Woodlawn he coached the Oxford Yellow Jackets to nine playoff appearances, four area titles, and four regional titles. In 1985, he was named head coach at Jacksonville State University. Under Burgess, JSU won the 1988 Gulf South Conference and the 1992 NCAA Division II National Championship. Burgess was honored as the Gulf South Conference Coach of the Year three times and was named the 1992 NCAA Division II National Coach of the Year. His tenure as head coach at Jacksonville State spanned 12 seasons from 1985-1996; and he finished his college career with an 84-49-4 record. He has been inducted into the JSU Athletic Hall of Fame and the NCAA Division II Football Hall of Fame. In 2010, JSU honored him by renaming its football field Burgess-Snow Field.