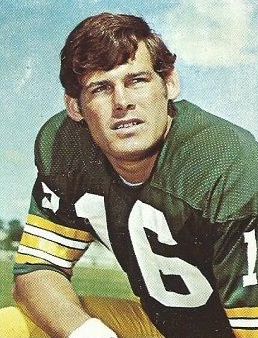 Hunter broke or tied 15 University of Alabama passing records as quarterback in 1968-70. Among them, most yards gained in a game with 484, most yards gained in a season with 2,188, most yards gained in career with 4,899, most attempts and completions in a game going 30-of-55 against Auburn, most passes and completions in a season going 382-of-672. He played quarterback for Alabama in three bowl games. He was drafted by the Green Bay Packers in 1971 and was runner-up for Rookie of the Year honors in the NFC. He led the Packers to a Central Division Championship in 1972 with a 10-4 record. He later played with the Buffalo Bills, Atlanta Falcons, and Detroit Lions.