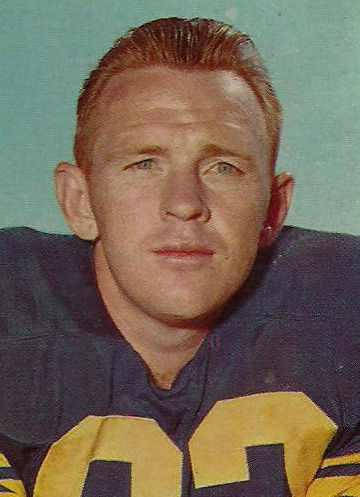 Regarded by many as best two-way end in Auburn football history. Jim “Red” Phillips co-captained the 1957 National Championship team and was a consensus All-American. Phillips was on 11 All-American teams his senior year. A first-round draft pick of the Los Angeles Rams, he played there from 1958 to 1964 catching 333 passes and leading the NFL in receiving in 1961. Phillips also played with Minnesota Vikings and coached with Atlanta, San Diego, New Orleans and Florida State. By the end of his career he was a three-time Pro Bowl selection.