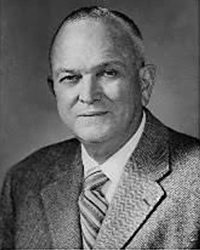 Jeff Coleman enrolled at the University of Alabama in 1924 and served as student secretary to head football coach Wallace Wade. After completing a Bachelor of Science in Commerce and Business Administration in 1928, Coleman stayed on as the Business Manager of Athletics 1927 to 1954. In 1955, he became Director of Alumni Affairs until he retired. He was a major figure in the formation of the NCAA television broadcasting policies. He served as chairman of the building committee for the $4.4 million Memorial Coliseum that was dedicated in January 1968. In 1988, the arena was renamed the Coleman Coliseum in his honor.