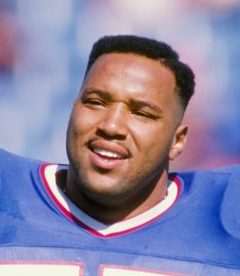 Bennett played collegiately at the University of Alabama where he was named All-American and All-SEC three consecutive years. In 1986, he was the first linebacker to win the prestigious Lombardi Award. He was also selected SEC Player of the Year in 1986. His college career earned him selection on Alabama’s All-Century Team. In the 1987 NFL Draft he was selected second overall by the Indianapolis Colts. He was named NFL Rookie of the Year as a member of the Buffalo Bills and would later earn AFC Defensive Player of the Year honors in 1988 and 1991. Throughout his career he appeared in five Super Bowls, was elected to five Pro Bowl teams, and was named All-Pro three times. In 2005, he was enshrined in the College Football Hall of Fame.